To travel across Pennsylvania on I-80 is to pass through an absolute culinary desert - until now. No, Danny Myer didn't open up a Shake Shack in Clearfield (home of Denny's Beer Barrel Pub where they have the 6 lb. pants shitting hamburger challenge) or DuBois (pronounced DOO-boyz, true story), but there is a gem of a farm that sits to the north of the interstate called Toy Cow Creamery.

You're probably thinking, "Hey, why no link to Toy Cow Creamery?"

Why? Because there is no link. This place is U-N-D-E-R-G-R-O-U-N-D. Not underground like the railroad (which when I was a kid thought was some 19th century engineering marvel, where slaves bought tickets in the Deep South to ride up north of the Mason Dixon line - all underground. Sorry, I went to public school.) But underground, like not only is there not a website, you can't even find a phone number.

Who does that? Amish - that's who.

So how do you find a place like this? It all started with a yogurt container.

My wife eats yogurt EVERY morning. If we go on vacation or travel somewhere there's inevitably going to be some sort of yogurt search. I used to get annoyed by it, but now it's just become a fact of life. When we went to the The Great Chef's Event in June we headed back on the Ohio turnpike. Not by accident, we stayed in Kennett Square and were going to go to Pequea Valley Farm to pick up - what else - yogurt. That morning we stopped at Talula's Table (awesome place by the way) where Regina bought some stuff, including Toy Cow Yogurt.

"This is as good as Pequea!", she chirped.

"Good. Hopefully it's closer to my house than Pequea.", I thought. 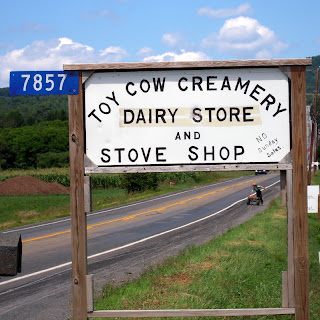 She saved the container and decided she would investigate it when she got back. After numerous phone calls between Telula's Table, the Lancaster Farm Fresh Food Co-op, and finally the actual Toy Cow Creamery - I was given my marching orders. I was to pick up as much yogurt as could be stuffed in the cooler bag. 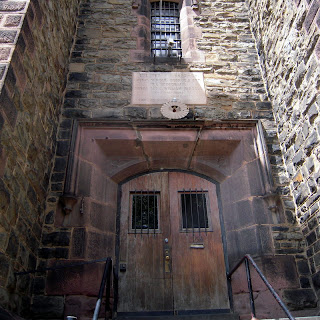 
*As an aside I drove through Williamsport in hopes of eating at Death Row Pizza - I couldn't help but want to try it. I love the name. When I got to the address, it turned out to be a night club called The Cell Block. Housed in a 19th century prison, the overwhelming smell of Cleveland Municipal Stadium (urine and stale beer) was enough to curb my appetite. I immediately got back out the front door before anyone saw me.*

As I made my way up some rather large hills - or possibly mountains - I arrived at a long narrow drive with a handmade sign at the end. Once you make it down the gravel entrance you see some pens with some little jersey cows and some hutches with Silky chickens. 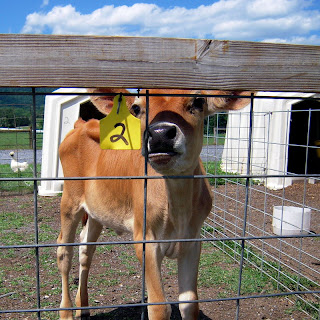 The store for the farm is located near where the pens are. Once inside you notice that they work on the honor system. There's a little box to put your money in once you've decided on what you're going to be purchasing. When I went Levi was working nearby and talked to me awhile about their products. 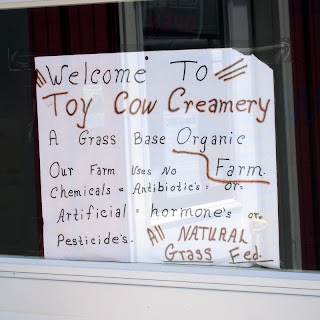 Toy Cow's offerings include eight kinds of yogurt, pasteurized and raw milks, cream cheese, sour cream, raw milk cheeses, cheese curds, and cottage cheese. If you would have told me I was on an Amish farm I wouldn't have believed it judging by modern store. Levi basically said that everything at the farm is done organically. When I asked about the chickens, he told me that his son raises them for a producer. (From what I was able to gather they're usually used in Asian restaurants.) 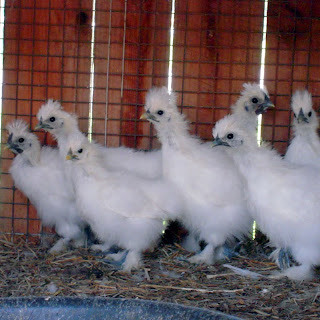 
I have to say, If you you're making the mind numbing trip along 80 through Pennsylvania, a visit here would definitely break the trip up a little bit. 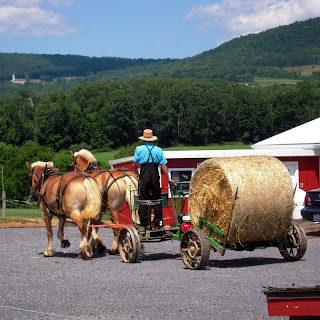 Email ThisBlogThis!Share to TwitterShare to FacebookShare to Pinterest
Labels: Amish, Farms, I-80, Yogurt