This time of year offers no shortage of opportunities to attend charity events with an emphasis on food. Last year we decided to make the trek to the Culinary Vegetable Institute’s event benefiting the Veggie U program. A few weeks before that, Regina was fortunate enough to be a fill-in for someone’s seat at University Hospital’s Five Star Sensation.

Since we pretty much limit ourselves to one of these things a year (due mainly to cost), we were very excited to attend The Great Chef’s Event in Philadelphia benefiting Alex’s Lemonade Stand Foundation.

Alex’s Lemonade Stand was started by little girl named Alexandra “Alex” Scott. While fighting cancer herself, Alex decided to open a lemonade stand so she could raise money for her hospital and “help other kids, like they helped me.” Alex ultimately lost her battle with cancer at age 8, but not before she raised a million dollars for her charity. The foundation that bears her name has raised over $30 million.

If Alex’s story doesn’t define the word “inspirational” – then I don’t know what does. She achieved more in her eight years than most people do in a lifetime. So you can imagine the pressure that Marc Vetri’s Vetri Foundation for Children felt to put together a first class event for such wonderful charity. 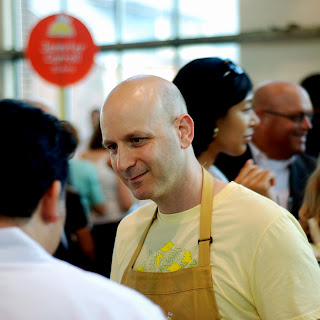 
The lineup for this event was absolutely incredible:

To say that I was pumped to attend was an understatement. I’ll talk more about the highlights from the actual event in the following weeks simply because I know if I do it all here the post would be a mile long. 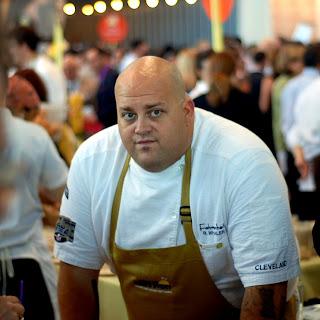 
If you’re a Clevelander there’s a good chance you picked up on the fact that Rocco and Michael (he wasn’t actually in attendance but he did send a couple guys from Lola) were on the list. It’s great to see the Cleveland food scene represented in such a strong lineup of chefs.

I'm always curious about what connection the chefs have to an event like this. This is what Rocco had to say:

"Marc Vetri and I met at a James Beard dinner we did together in New Orleans back in 2002 with John Besh, the rest is a love story, great chef, great mentor, best Italian cook in the country."

Trust me, he's not kidding when he says that he's the best Italian cook in the country. If there is a must see restaurant in Philadelphia - Vetri is it.

I wanted to get this up because some of the same names (Appleman, Michaud, Vetri, Whelan) have appeared on the list for Michael Symon’s Food for Life event at Lola on August 1st. I don’t usually promote things that I myself am not attending, but this is something I would have gone to had I not blown my charity cabbage on The Great Chef’s Event last month.