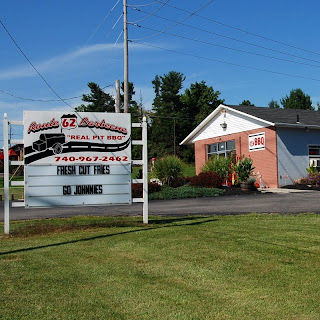 The definition of the word “barbecue” means a lot of things to a lot of different people. For some it’s all about the sauce. For others it can be summed up in one word – smoke. And still others aren’t quite sure what it means. Like a toddler who has a favorite corner of their blanket, they can’t seem to put into words exactly what it is they like, all they know is that they like it…a lot.

You can imagine my skepticism when I had heard rumblings that a barbecue place was cranking out ‘cue that surpasses that of City Barbeque (my favorite in Ohio). Since opinions on this particular subject are so passionate and varied, there was really only one way to verify such a claim – go there and try it for myself.Since Regina was involved in a certification exam all weekend, I had pretty much all day to drive around and try places that I had meaning to try.

On this warm Saturday afternoon my first stop was going to be Route 62 Barbecue in Johnstown, OH (located about a half hour or so from Easton Town Center in New Albany). As I pulled up to my destination there were a number of “good barbecue place” hallmarks. The first thing you notice is the line that already existed at 11am. As I parked my car near the back I noticed two monster Ole Hickory Pit smokers. The building itself is just a stark block building that was built to be used as something other than a restaurant. This, too, I consider to be a good sign as it shows there is one reason why people are lining up to get in – and it ain’t the ambiance. 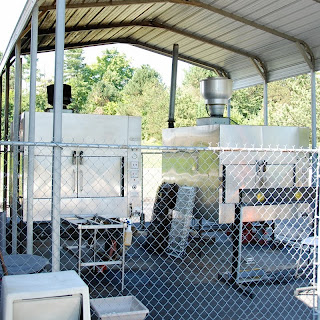 
There are picnic tables out front and about 15-20 seats inside the small front area of the restaurant. As far as eating at the restaurant, it’s a clean brightly decorated space with pictures of family, reviews, and barbecue related items on the walls.

As I waited in line I realized that most of the people were there to pick up catering orders for the Ohio State game that started in an hour.

I don’t say this very often, but looking at the menu on the wall, the prices seemed a little low. If I had glasses, I would have taken them off to clean them when I saw “Baby Back Ribs - $10”. Tough, chewy, inedible ribs from a chain don’t cost ten bucks. What’s the going rate for the best? How much for a death row slab? I was becoming skeptical; Route 62 was defying the law of good food vs. price, and it was making me uneasy. Good food, relative to its competitors, is typically not cheap in comparison (example Jeni’s Splendid Ice Cream).

I ordered the smoked turkey sandwich with a side of baked beans and coleslaw. If Route 62 was going to win my heart, they were going to have to trump City Barbecue’s baked beans straight away. I realized after I placed the order, that a small bit of coleslaw actually comes with each sandwich. I was a little pissed at myself because I could have tried three sides instead of two. Dammit, I wanted to try the skillet corn!

I sat down at the table and opened up the container. Whoosh! The smoky scented steam rolled off the turkey and up my nostrils opening the flood gates in my mouth known as salivary glands.
The turkey is smoky.

The turkey is moist (for some reason women hate that word).

The turkey is going to make me drive two hours each way from Cleveland to Columbus on Thanksgiving Day. It’s that good. No sauce, no gravy, no anything necessary. Their turkey is a natural beauty – absolutely no makeup required.The baked beans were also very carefully crafted. Comprised of about five different beans, not the ketchupy brown sugar type (I normally gravitate toward), no chunks of meat; I thought this thing was going straight into the trash. Wrong! The textural differences of the beans combined with the brown gravy-like sauce were very different…and absolutely delicious.

The coleslaw reminds me a lot of the stuff that they serve at KFC. I actually prefer it chipped into smaller pieces, especially if it’s on a sandwich. It isn’t the shredded kind containing the tough strands of cabbage, or even worse, the bland kind with pepper on it.

So much food…so little stomach room…so far from Cleveland. The prices are awesome and the food is mind blowing.

Fact: This is the best I’ve had in Ohio.

Fact: The menu defies the laws of delicious food.

The food is as good as ever. Jarid let me take a picture of a suckling pig he was smoking for a regular's graduation party. 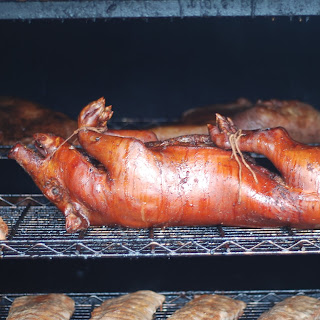 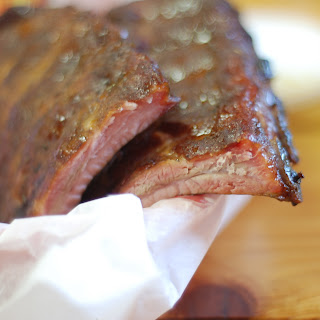