Philly Gets No Respect 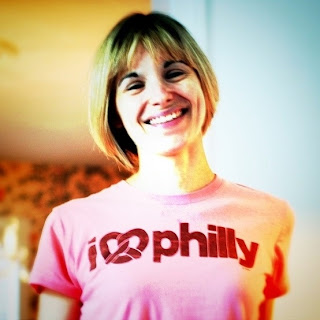 My wife's a huge fan, can you tell?

If ever there was a an East Coast version of Cleveland - Philadelphia is it. Sandwiched between New York and Washington, people look down on Philly and South Jersey like the place is an absolute cesspool. Old stereotypes die hard. Most people still think that South Philly is just as hardscrabble as it was in the days of Rocky.

It's simple: Cleveland will always be remembered for a burning river, and Philly will forever be known as the city that booed Santa Claus.

The truth is, that in terms of population - both city's food scenes are of very high quality. Whether your budget is big (Marc Vetri's tasting menu with white truffle add-on) or the best $8 sandwich you will ever eat (Paesano's).

I find that one of the funniest things, is that when you talk to people from Cleveland about how great Philly is - and vice versa - you get the same constipated look from both sides. The "Why would I want to go to that shit hole when I can go to New York (or in their case Chicago). It's absolutely incredible. I don't really know why that is, but if Cleveland ever had a kindred spirit - Philadelphia is it. We're underdogs, but when faced with the choice of choosing David or Goliath - we go with Goliath. Absolutely mental.

This series of posts is not going to be an effort to persuade anyone to go to Philadelphia. In a all honesty, I don't really care. Go ahead, go to New York for the tenth time. It doesn't really matter to me. But know that you're missing out on a truly fascinating city that has tons of history, down-to-earth people, and is very walkable.

Know that when you go to the restaurants here, you're going to see guys like Vetri, Michael Solomonov (Zahav), Matt Michaud (Osteria) actually working in the kitchen - I've seen it with my own eyes.

Know that using local food isn't something that just started five years ago, Lancaster County has one of the most diverse bounties this side of the Central Valley.

Know that Philadelphians love their food - and will tell you their opinion regarding anything to do with the subject.

Know that this food scene is pound-for-pound better than most cities you'll find in the United States.

So follow us as we talk about some of the treasures that await you in The City of Brotherly Love.