There are two kinds of people, those who love David Chang and those who hate him. I happen to be a lover. Er....maybe that didn't quite come out right. More specifically, I love his cookbook.

Since recently completing my programming project from hell (for work), I have found that I actually have time to cook dinners that require more time to make. I actually decided to make Chang's Shrimp and Grits recipe, since I had pretty much pillaged all of North and South Carolina of their grits. On my way home from Augusta, I bought three different kinds of Anson Mills heirloom grits at Rosewood Market in Columbia. I also bought some other kind of non Anson Mills brand that came highly recommended.

From there I got sidetracked on my way through North Carolina where I ended up at a place that mills their own grits using a....get this.....water powered gristmill. The place was so old that the road was named after the mill (and I'm not talking about some bullshit cul-de-sac either. This was like a real road, named after an old school place!) While I was there, I ended up scoring a large jar of cane sugar molasses that you have to taste to believe. Fifty dollars later I was able to make my way back to I-77. 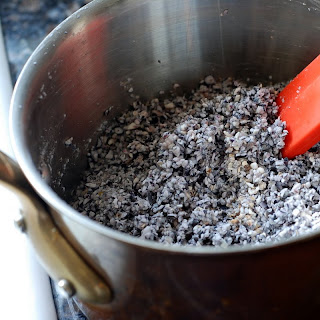 They start out as "True Grit" (until they meet the whisk)

So here we are, up to our eyeballs in grits. 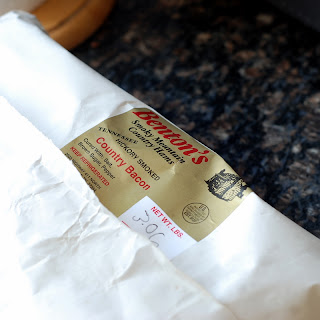 
While I was gone the bride ordered me up some bacon from Benton's in Tennessee. If you've not had this stuff...well....let's just say you haven't lived. If you go on the internet you can ordered pre-sliced, but since we prefer it uncut from the slab, we just call Allan directly. Great stuff. Ellis uses it over at AMP 150. 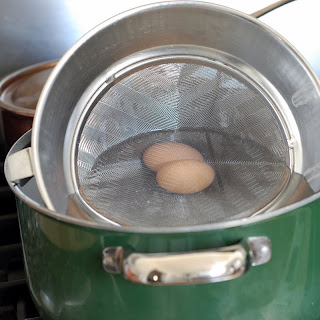 I also decided to try making the soft poached eggs from the cookbook, and I have to say the instructions worked perfectly. The key was that you had to use something to keep them off the bottom of the pan and the water temp between 140-145. 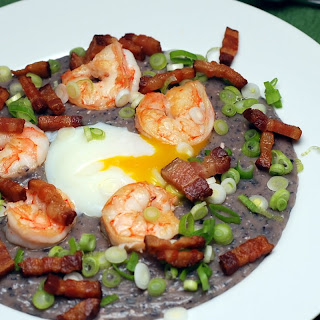 
So at the end of the day here it is......Blue Corn Anson Mills grits, Sauteed Shrimp, with bacon and a soft poached egg.