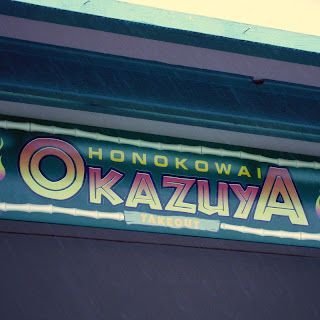 Since we were halfway to Lahaina to whale watch in kayaks, we decided to just continue on northward to check out Honokowai Ikazuya & Deli.

Everything we had read about Okazuya had been very positive. Once we got up to the strip mall (on the east side of Lower Honoapiilani Road) it had started raining outside. Lucky for us, we got there just before the lunch rush. It looked like we were the only non-locals in the place. Seating inside is somewhat limited and the counter space was lined with working guys having lunch. 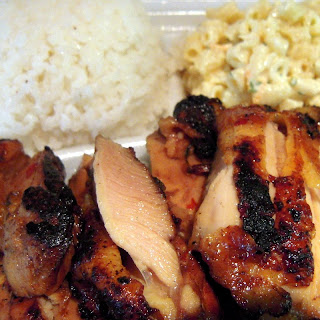 I ordered the Korean BBQ chicken with a side of the macaroni salad. The chicken was quite moist and had nice spice to it. I think what I liked the most was the char on the outside along with the moistness. Typically a good char can cross the line between moist and dry in a hurry, but not in this instance. The chicken portion is large enough that I hardly ate the macaroni salad and didn't even touch the rice. 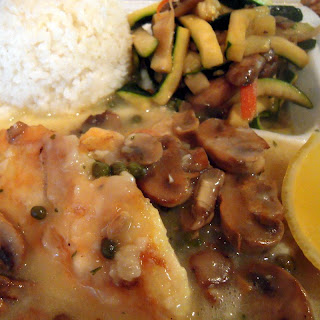 Regina went with the Mahi Mahi with lemon caper sauce and mushrooms. The flavor was good, but it felt like more of a dinner entree because there was a ton of it and it was overburdened with sauce. She originally had her heart set on trying their infamous and highly touted, Eggplant Szechuan. However, her hopes were dashed when the woman at the counter firmly told her that they could not adjust the spiciness of the dish to make it mild (my wife has little to no tolerance for spicy foods). Perhaps her overall satisfaction would have been higher, had she been able to experience the dish she intended on having all along.

At the end of the day I'm not much of a mixed plate person. I don't like to eat all of that food (especially at lunch), but I don't like throwing it away either. For our own taste it's a bit heavy for us. The proteins were very good. If I had it to do again, I'd say leave the rice off and give me half the macaroni salad, or pehaps share with someone else.

If you're staying up in Lahaina or even north of there I think you've got to come here at least once for lunch. In terms of quality, quantity AND price you will find nothing close to this up in that vicinity.