After we finished up dinner at A Saigon Cafe we decided to take a quick drive up to Paia for dessert. We decided to stop at Ono Gelato in Paia.

It was raining pretty hard when we started left and seemed to get worse as we got closer to our destination. On the way we drove behind a pick-up truck with a little stoner guy under a blue tarp sparking up a bowl. It was just this little red glow lighting up his face. I love seeing stuff like that. Reason #381 why I love Hawaii: Stoners.

If you've been to Paia then you know that there's certainly eco-centric flair to the entire town - think tropical Berkley. 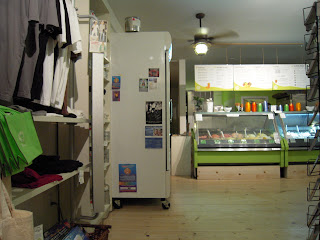 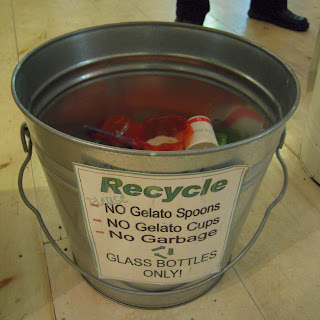 Ono Gelato fits in very well with the town's concern for the environment. All plasticware and bowls are biodegradeable, organic ingredients, and an entire vegan case.

They carry a wide variety of flavors that are made with only things that are inseason (which is much easier in Hawaii than where I live in Cleveland). 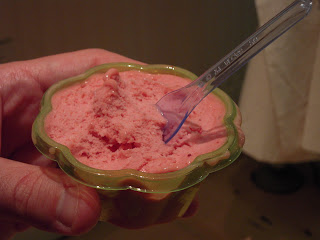 Ono Gelato is very creamy in its consistency. The portions are moderatly sized, which I actually like. I don't like it when ice cream places give you a ton of ice because it ends up getting thrown away.

With all of the different fruit that grows in Hawaii the selection is always impressive. OG is worth a stop if you are in the area or even Wailuku.