When the new Bon Appetit arrived it had a tasty looking pizza on the cover. I'll be the first one to admit that for the most part, pizza that comes out of the home oven doesn't taste very good. I'd say the one exception is Grandma or "Nonna" style pizza, which is meant to be made in a home oven. That, however, is a post for another day.
Imagine my skepticism when I saw that pizza with "no knead" in the caption below it. "It's gonna suck," I thought. My one kernel of hope, was that Jim Lahey of Sullivan Street Bakery authored this particular recipe. His book "My Bread: The Revolutionary No-Work, No-Knead Method" has been getting props for its easy to make recipes. I felt that if he was willing to put his name on it, it had to at least be decent.
I've attached a link to the recipe here, so I don't have to rehash the whole thing. Here are some accompanying pictures to show what my results were. 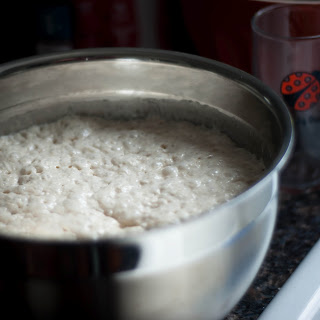 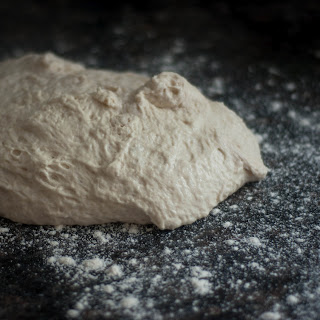 Dumped out and ready to divide 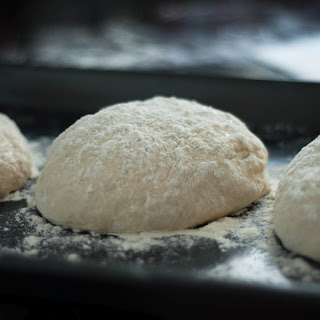 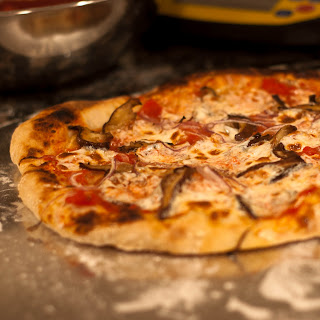 Finished Mushroom and Red Onion Pizza
Here are some notes from my experience:
For oven made pizza it's a very good recipe. When you consider this is about as close to "so easy a caveman could do it" as you can get, it's a slam dunk.