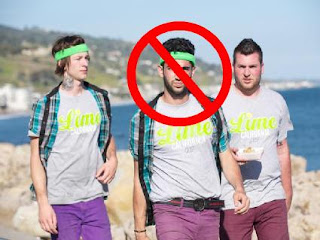 Am I the only one who wants to see the guy in the middle completely slice off his thumb?


Apologies in advance for the title. I had to grab your attention somehow. This isn't really about The Lime Truck. *Thank God*

I wasn't sure how much I was going to enjoy the The Great Food Truck Race, but I've actually found it fairly entertaining. Naturally the only reason I'm watching is because of Chris Hodgson's Cleveland representation.

I will say that to some degree I feel like it has become a bit of an arms race. After watching the original show, it's clear that most of the teams have done a pretty good job of doing the homework and setting themselves up ahead of time in terms of lining up food purveyors, identifying local ethnic communities, etc. The latest Salt Lake City episode was a pretty good example of that. People were getting food on credit, having ready made customer appreciation days held - just crazy stuff that pretty much made the small amount of seed money a trivial matter.

As with just about every reality show there are good guys and there are villains. Chris Hodgson (up to this point) has been cast a good guy. The Lime Truck guys from SoCal have basically attained d-bag status through their countless examples of hubris contained in interviews. These Lime Truck guys (pictured above) annoy the absolute shit out of me. The one in the middle is a complete dolt. Take those silly headbands off! Sorry - that's just the way I feel.

While I find the show entertaining, I'll probably only watch it until Hodgson's Hodge Podge's truck gets eliminated. Here's an interesting article talking about Hodgson's run up to the show. Judging by what I've seen up to this point he should do pretty well. Hodge Podge's concept is well suited for TGFTR. Being a one trick pony seems to catch up to those who can't adapt outside their genre. Being that they're...well...."hodge podge", they aren't cornered into any one type of food. If last season is any indication, Cleveland will have another chef in a food show finale.