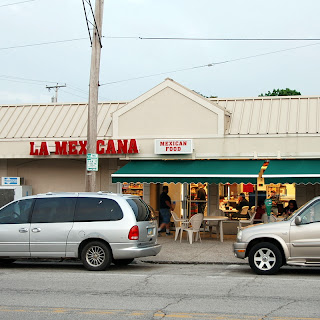 It's been a couple of weeks since I divulged a NEO underdog, so today I'm digging really deep and pulling out one of my most under of underdogs - La Mexicana Grocery & Señor's Tacos, in Painesville. Since I know most of you aren't going to venture this far east, admittedly it is a drive even for a lot of East Siders, I'm putting it out there for the truly adventurous souls. I say adventurous because even my wife isn't that high on this place - it's a little to Mexican for her.

Señor's Tacos is actually in the front right corner of the La Mexicana Grocery. With a small counter space and a couple of tables this isn't your typical chip and salsa Mexican. If you want chips and salsa you'll have to buy them inside the grocery store. The staff of two speaks spotty English at best, but somehow manage to piece together your order. Make no mistake, the majority of the customers here are Mexican. 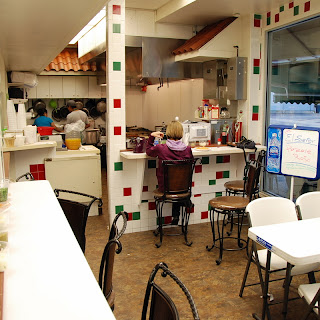 That's it folks! That's the dining area. They ARE underdogs.


The few comments I can find on the internets imply that this is authentic Mexican. I'm not going to try and mislead anyone hear and make that claim. The last time I checked, mozzarella is not a traditionally used cheese in Mexico, but here they put it on their tacos. While this might sound weird, it tastes really good because the cheese browns on the flat top and then they slap the melty, crispy goodness on the rest of the soft taco. My favorite is the mozz on chirozo. 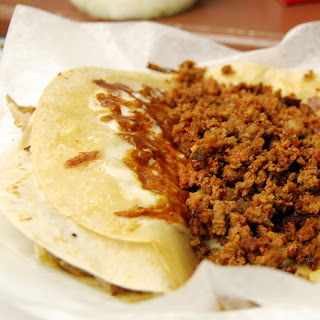 
My suggestion would be to get a taco or the daily special they offer. The special could be anything from a pork chop to a Mexican stew. While there is an element of the unknown, this is definitely where you're going to find something authentic. I got this sense when I tried to get them to translate what exactly it was, they had a hard time explaining its contents. Usually ranging from $6-$8, there really isn't a fear of losing a lot money on something you don't end up liking. 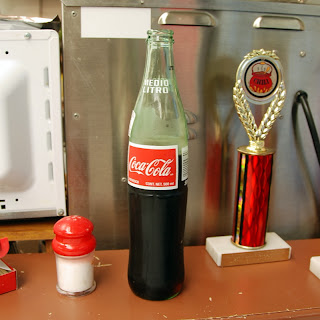 
Let's be real, the Mexican options in Cleveland are pretty limited. I can count on one hand the places I think really do a good job. Señor's Tacos is pretty cool. (Plus they have tall Mexican Coca Colas for less than $2.) I'm not trying to pretend that it's a fancy restaurant. Hell, it's not even a stereotypical Mexican sit-down kind of place. If you come for dinner you're probably going to be disappointed. When you consider it's location it's a long way to drive for a meal that is going to last about twenty minutes. I would suggest stopping out here for lunch. Of course the hard part is finding a reason to come all the way out to Painesville.