Barbecue and pizza are two subjects that are near and dear to my heart. I eat a lot of both. When I travel out the east coast pretty much all I eat is pizza. I take that back, in Boston there are two excellent barbecue joints Redbones, and Soul Fire; in New York Fette Sau is a must visit in the summer. All are very memorable. When I'm down south it's barbecue all the way. I've got the posts started, I simply haven't had time to finish them. Actually, I probably have 75-100 posts started that I haven't finished. Maybe I should do that. Boston, New York, Philadelphia, San Francisco, Hawai'i, New Haven, CT.....

I'm getting off track.

With local barbecue so sorely lacking in this town, it was my duty to find out if The Pit was anywhere near as bad as everything I'd heard. The general consensus is that this poor restaurant might be the Gigli of all barbecue.

First, it's found in one of the most underground locations one could possibly choose. I'm not talking about "The Campbell Apartment in Grand Central Station" or "Freeman's at the end of an alley in the East Village", hard to find. I'm talking the "What kind of moron would build a restaurant around the corner from a dead end, that 99.7% of Cleveland never even knew existed" hard to find. The Cheesecake Factory would fail in this location.

The reviews complained about nearly every aspect of their dining experience.

"Is there a space for zero stars?"

"Ribs were absolutely the worst I have ever experienced anywhere in the entire country. tasted like they were cooked in used motor oil."

or this little exchange with the manager

"He then said he wasn't going to honor the coupon we got offline because he changed his mind on wanting to offer that coupon."

I'm not going to give the blow by blow in writing (okay, maybe a little bit of writing). I think the pictures speak for themselves. One thing I will note, is that this is how the food came out of the kitchen. No sauce was added by me or my barbecue comrade. I will also say that the complimentary cornbread that was given to us at the start was actually exceptional, and I'm being totally serious. Highlight of the meal. Real corn with jalapenos and honey. 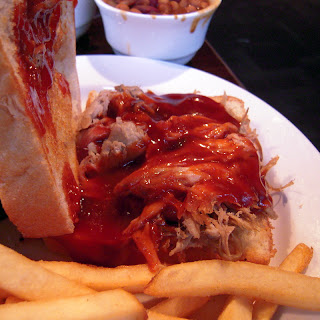 Why so much sauce? Probably because it's the only thing containing any moisture. 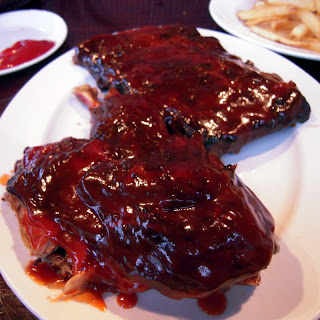 Dude, where's my chicken and ribs? And which is which? Diabetics beware! 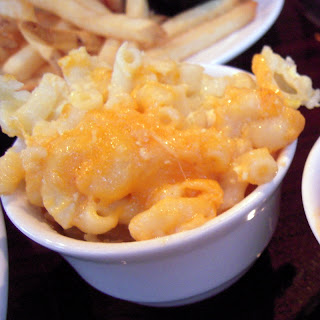 Barely edible.......when they made it two days ago. 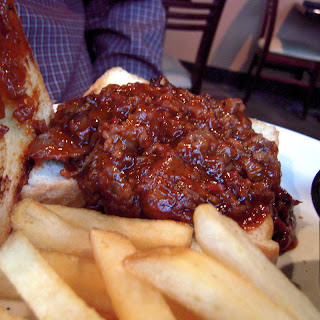 
At the end of the day, the chicken and ribs with two sides were something like $20, the brisket and pulled pork were $8-10 each. Total bill with two Cokes and a tip came to an eye watering $56. For a good laugh read this Metromix review and tell me if it doesn't sound like a paid advertisement. If I had one suggestion, it would be that the owner, the chef, and the Metromix guy visit this The Pit to learn what real barbecue tastes like.