Take Me Back to Dear Old Blighty

With a 2 year old in tow, it was obvious my sister and I were not going to be eating at Tartine Bistro. As an early Christmas gift to everyone already enjoying lunch, we decided to go across the street to The Pub.

When it comes to authenticity, how many things can you name that are as good (or better) than the original? In my estimation, the British pub is probably the most imitated concept in the US. The Pub is exhibit A.

When I see these places I have a general tendency to cringe. You can imagine my pain when we walk in and one of the waiters has on a faux kilt. Uggh! I’m no expert but I’m pretty sure if a guy showed up to work in something like that the UK they’d get the hell beat out of them before their shift even started. What really got me was that the waitresses were wearing these mini mini kilts. I wasn’t complaining, but if that happened in the UK her bottom would have been pinched incessantly. I’ve got good friends from England and every time we’d go to a bar they’d pinch women’s butts. It was the weirdest thing. From what they tell me it’s somewhat accepted over there. Here, well, not so much. 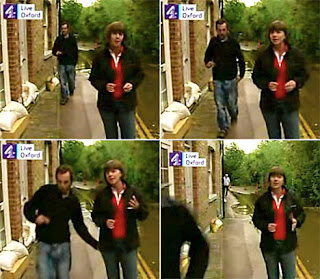 Besides the whole kilt thing, I thought the interior was nice. Since we were being pushed by a kid who was on the cusp of a nap, we wolfed down a couple of burgers. The burgers themselves were char grilled and actually pretty decent. They were served with those frozen Arthur Treacher’s type fries. Who would’ve thunk?

You just don’t come here to eat. The type of food you find here is what the English have been ridiculed for. If I’m drinking and I happen to be hungry, then yeah, I’d order something.

Probably the best imitation pub I’ve been to is Brazenhead, down in Columbus. The one in Grandview is particularly nice. They have these low sitting stools (like Spotted Pig in NYC) that are remarkably comfortable to sit on. I did see a couple of these stools scattered around the Pub. The one thing I wished the Pub did was drop the ceiling lower. The ceiling is very high and so you lose some of the intimacy you would otherwise have. The acoustics make it sound emptier than it is. The lower ceiling gives you a coziness that really lends itself to wanting to stay a while, especially when it’s packed.

Like I said, I’m not against these places, but there’s something about blatantly imitating something that ultimately opens itself up to being compared to the real thing. I would prefer to go someplace that is more American like a Tremont Tap House, Melt or McNulty’s Bier Market. Why go to imitation when you can have something authentic?

Email ThisBlogThis!Share to TwitterShare to FacebookShare to Pinterest
Labels: Cleveland, The Pub